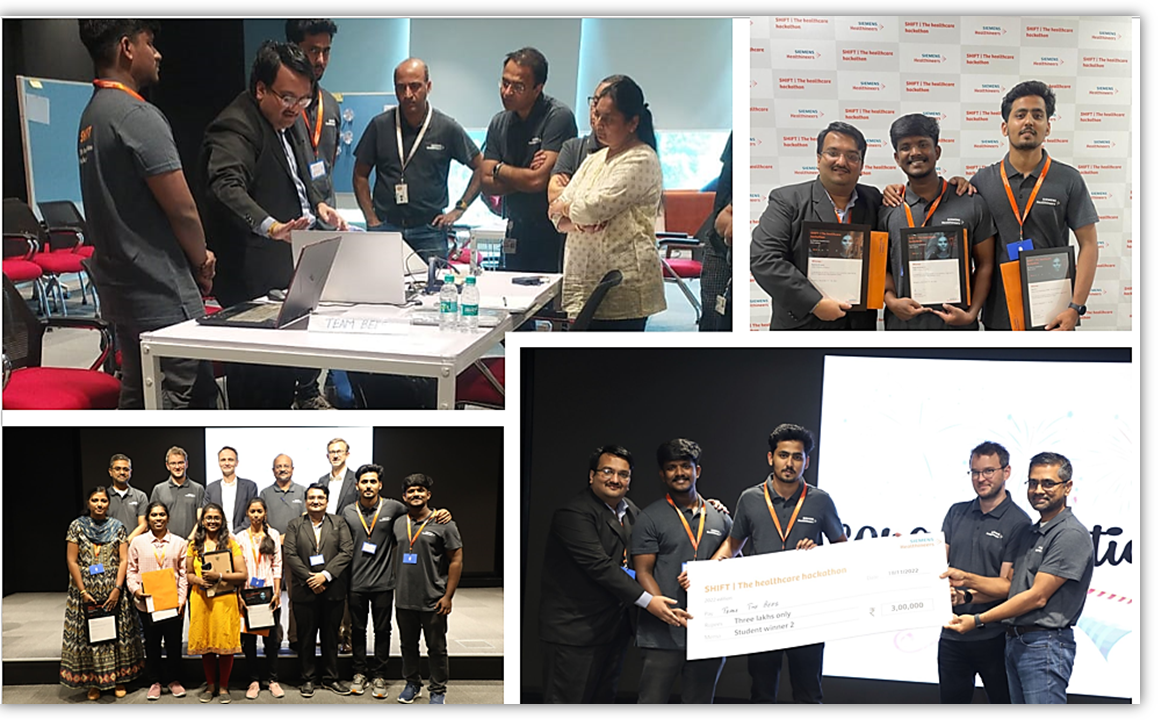 Out of 2051 registered teams, sixteen were invited for 24 h in-person Hackathon. After two rounds of presentations, five teams were shortlisted to present for a grand jury round, and three teams were declared winners.

All three students were awarded prize money of ₹ 3 Lac in addition to receiving offers to join Siemens Healthineers.

Their work is on developing an affordable neurotech platform to screen neonates for deafness.

Consequences of hearing impairment include:

This work was in collaboration with Dr. Manjunath Dandinarasaiah, and Dr. Mahesh Jayachandra